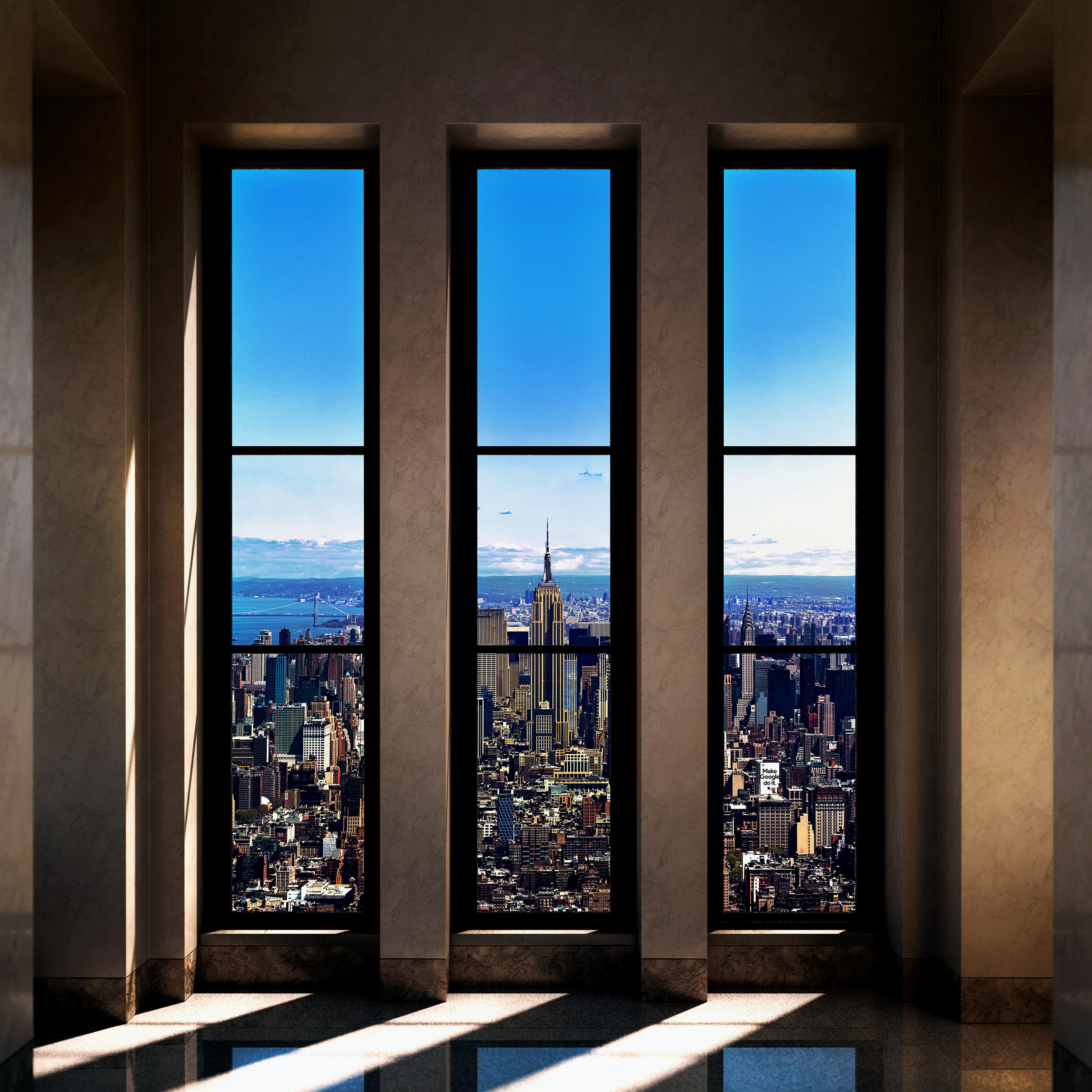 After the success of his previous photographs, Luc Dratwa manages to surprise us once again with Windows 2.0. In his new series, the photographer adds clever montages to his composition.

At times like a painter, or more like a director, he recreates a landscape into a view that is more true than nature, making it so obvious that the hardened eye misunderstands it. The scene is perfect, strangely credible. Luc Dratwa, as always, offers us very high precision photographs.

And the result is that we find ourselves instantly projected inside the scenes. Resting our elbows on a window, or strolling along the bends in a corridor, we gaze through a window at the city, at its movements and at its drowsiness.

We enjoy looking into the distance but the window is an invisible barrier that distances us from our dreams, confining them to the level of fantasy. A feeling of confinement, of well-being, or the desire to be elsewhere, what you see is rather like a reflection of yourself. Do you think you are simply admiring an urban décor? Don’t be mistaken, Windows 2.0 says a lot about the person who observes them.

“Manhattan was asleep. Apart from a few taxis heading for Central Park, the streets were empty. The thick soles of my shoes left imprints on the wet pavements of Sixth Avenue. I had been walking for a long time; my clothes were wet through and I was cold. Steam rose from the subway through the grates in the paving.

At the junction with 42nd Street, I decided to plunge into the depths of Manhattan. I sat on the platform. Alone. The rain was now no more than a distant patter. The subway was deserted. Before long throngs of people would be trampling its tunnels, its corridors and its carriages. Without even looking. After that I often returned to the subway at night. It took me over a year before I summoned the courage to take my Nikon with me.”

Subway, the poetry of the New York Subway.

It all began with a fascinating experience of a deferred moment between sky and earth, there on the top floor of the Rockefeller Center. Even then it was New York. A cleverly framed series of
windows, a succession of timeless shots, snippets of fleeting stories with no tomorrow. Luc Dratwa gradually tamed the city he now knows so well, tamed it to the point where he is able to capture its poetry, its very heartbeat.

Underlying many of his photographs is a story imbued with great humanity. It breaks through a rigorousness the artist himself describes as maniacal. His new series devoted to the New York subway illustrates more clearly than ever his concern for perfection, the construction which leaves nothing to chance.

And yet everything is real, terribly real, of a reality magnified by the poetry of the detail

The fruit of long hours of watching and waiting before the lens shoots that one image, Subway captures an underground world from which man is physically absent most of the time. And yet everything is real, terribly real, of a reality magnified by the poetry of the detail, a reality that generates a perfect balance, a harmony of lines, forms, rhythms and contrasts that is nothing short of faultless.

Subway shows Luc Dratwa in top form, working his magic on image and colour, driven by a total vision which proves that beauty is everywhere, even in the metal framework of a train carriage, the perspective of a tunnel and the light of a deserted platform.