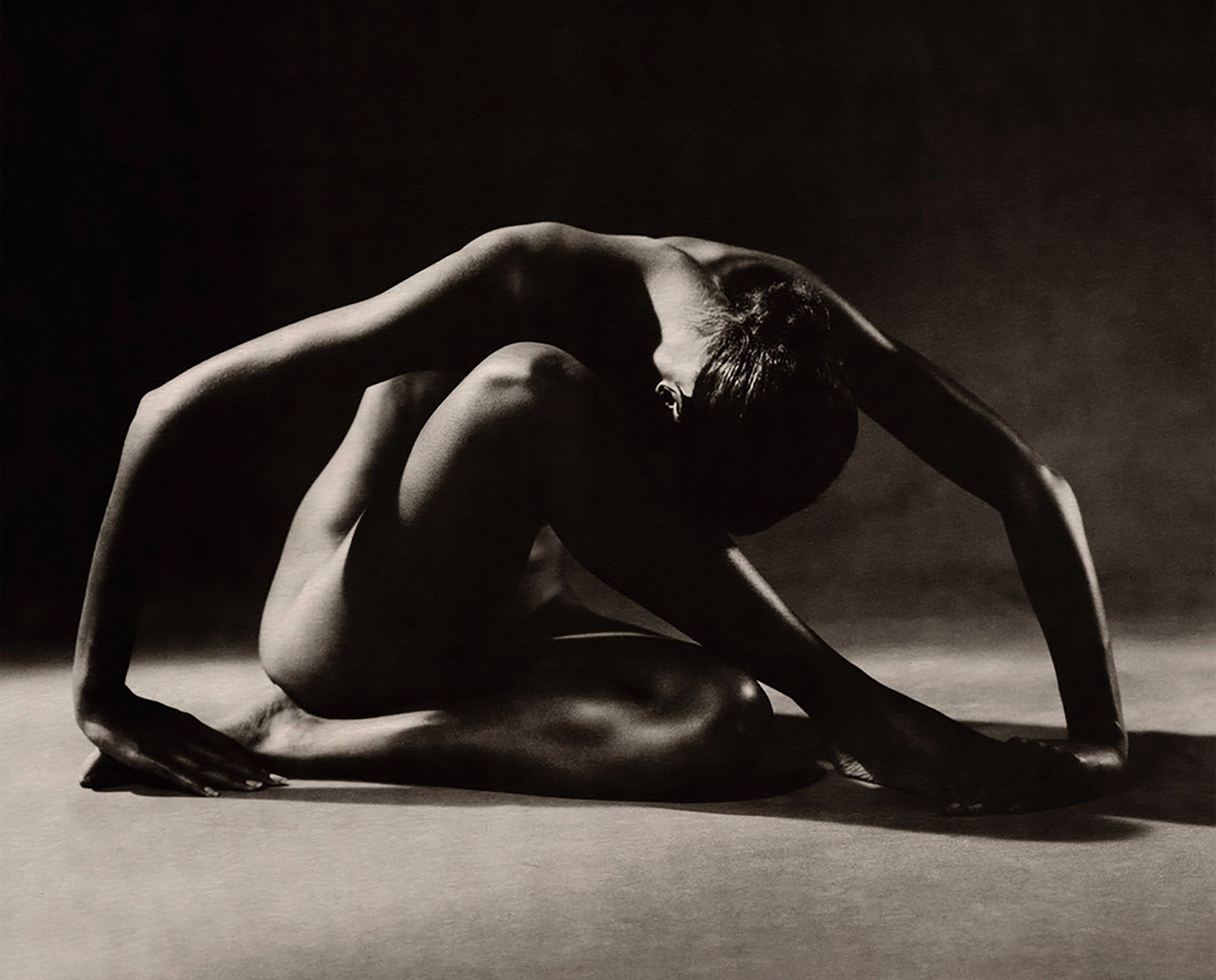 Filled with longing and sensuality, Marc Lagrange’s photographs celebrate fantasies and desire—placing beauty and dreams at the center of his world. Privileging analog over digital, the Antwerp-based Belgian artist searched for intimacy and emotion as opposed to artificial effects.

His giant Polaroids—which have been exhibited worldwide—are a powerful example of his craft as well as his attention to detail: he could display the texture of skin, highlight natural curves and make his models stand out. Lagrange elaborated entire sets until he found the exact mood he wished to convey. From the color of the walls to the shape of a chair, every single detail counts, underlining Lagrange’s perfectionist streak and his willingness to unfold narratives.

Lagrange was born in Kinshasa, Congo, in 1957. His career path led him from engineering to photography, and his creativity from fashion to art.

Throughout his career, Lagrange photographed the same women over different periods of time, turning them into his muses. Inge Van Bruystegem—a striking model and talented dancer—is one of them. Lagrange worked with her for more than fifteen years, developing a privileged relationship. The trust that flourished between them over the years is quite rare in photography. Individuals who posed in front of Lagrange’s lens ended up spontaneously performing and revealing more about themselves than they perhaps intended to. One thing Lagrange respected is the mystery and power of women: even fully nude, his models were confident and in control; real protagonists as opposed to passive figures.

In 2012, Delvaux—the oldest luxury leather goods house in the world—commissioned Lagrange with portraits of women from different generations depicting their relationship with their handbags. Seductive and elegant, the black-and-white photographs gave birth to a new series that has been ongoing. In 2014, Lagrange traveled to New York to shoot iconic women and the results were powerful. From Carmen Dell’Orefice to Zani Gugelmann, he met some of Manhattan’s most stylish and influential women and captured their strength and charisma. The series was named Timeless Beauties and subsequent trips to China, Japan and other key destinations for Delvaux were organized. Since 2008, Lagrange has additionally developed his video work, including a film for the fashion brand Supertrash’s fragrance launch. In 2012, he also filmed Liesa Van der Aa’s clip for Louisa’s Bolero.

Marc Lagrange’s work has been honored with several exhibitions in Europe and the United States. In 2011, Maison Lagrange introduced more than 240 artworks to the public, many of them previously unseen. The retrospective lasted six months. The following year, his Extra Large Marc Lagrange show in Graz, Austria, spread over 3,000 square meters. Lagrange also participates in Art Miami on a regular basis, and several books have been published under his name, including Polarized by Ludion in 2009 and Marc Lagrange XXML by Lido in 2009. In 2013, Diamonds and Pearls was published by teNeues in 80 countries. The following year, in 2014, he published Hotel Maritime – Room #58, a private edition limited to 300 copies whose content was shown internationally. The atmosphere of Hotel Maritime – Room #58 echoes some of Edward Hopper’s most soulful and alluring paintings. More conceptual than his previous works, it underlines the descriptive quality of his art.

In 2015, a selection of Lagrange’s iconic works was featured at the TEFAF art fair in Maastricht, the Netherlands. Senza Parole, which partly took place in the Italian town of Pietrasanta, coupled with the Handelsbeurs project in Antwerp, Belgium and a Fellini inspired shoot at the baroque loft of Paolo Calia in Paris, these three series are part of this new book. Marc Lagrange kept looking for singular subjects and unexpected stories, placing humanity at the core of his approach.

In december of 2015, Marc Lagrange tragically died in an accident while on vacation in Tenerife. His legacy lives on through his timeless photographs of boundless sensuality and elegance.